We know it can be hard to retrieve the lookup values of your picklists in Microsoft Dynamics CRM. In the API response, typically only the internal values of your picklist selection are returned. For example, “false” is returned if you selected “No” in the picklist, and “100000000” is returned if you selected “Retail” in the picklist.

We’re introducing a new feature in our Microsoft Dymnamics CRM connector that gives you both the picklist option labels as well as the internal values for your selected picklist option. These fields show up as additional fields for you to use in the datatree.

For single-select picklists, they show up as datapills in an object. The datapills that you might have been using are still available for use, so your recipes will not break as a result of this new feature. However, they have been marked (deprecated), and we highly recommend that you switch to using the new datapills. 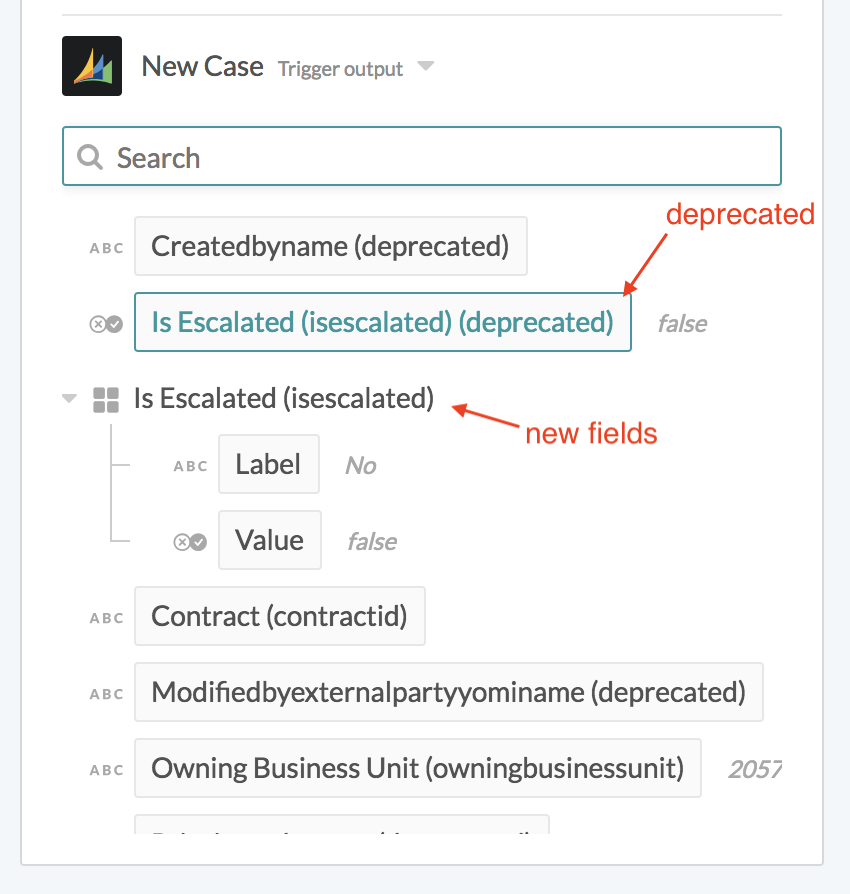 For multi-select picklists, they show up as datapills in a list. The datapills that you might have been using are still available for use, so your recipes will not break as a result of this new feature. However, they have been marked (deprecated), and we highly recommend that you switch to using the new datapills. 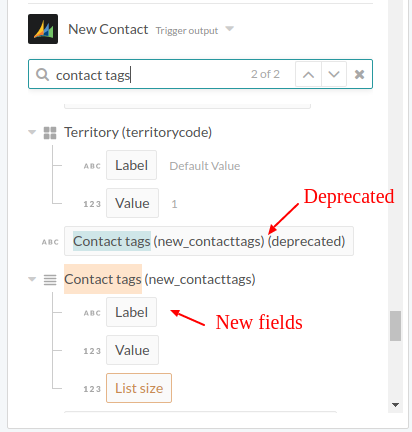 We’re excited about this feature because:

1) It reduces API traffic for your Dynamics CRM instance

You’re not making API lookup calls against Dynamics CRM with this feature. The first time you interact with a specific record in Workato, we remember your picklist option sets for that record, and save it. Subsequently, whenever you’re working with the same record, you can obtain these picklist values from Workato’s cache, not from making a lookup call to Dynamics CRM.

2) It reduces Workato tasks and results in more efficient recipes.

With the elimination of lookup actions in the recipe, it means that Workato makes fewer API calls. This enables the recipe to execute jobs faster and results in your recipes being more efficient.

With the normal API response, you only had the internal value of “100000000” for the picklist “Contact tags” that belongs to the record “Contact”. That’s not quite useful for your sales, marketing or finance team. You wanted your team to know that this contact was in the “Retail” industry, and the internal value “100000000” didn’t convey that.

Before this connector feature, you might have had to use an additional lookup action “Get record by ID”.

This adds complexity to your recipes and makes them much longer as this additional action is needed for every single picklist value you’re interested in.

With the new feature, as these fields show up in the datatree of the record you’re working with, you can simply use them without having to make additional lookup calls in your recipe.

As an alternative to doing lookups against your Dynamics CRM instance, you might have built lookup tables in Workato to store the labels and internal values of your picklists. 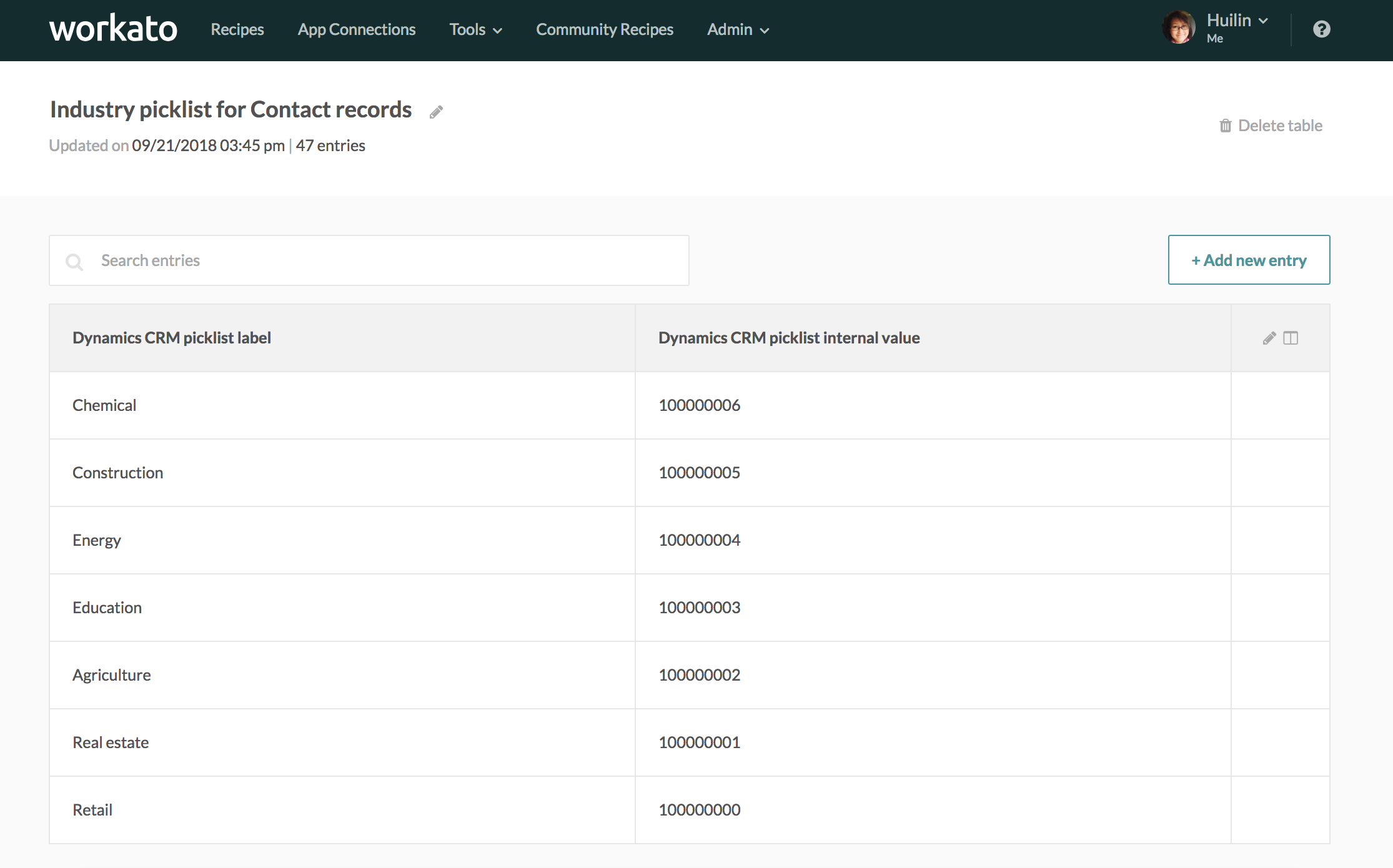 These offer an efficient way of doing your lookups – you can make each lookup within the input field via the lookup formula, which reduces the number of steps in your recipe. You’re also making lookups against the Workato lookup tables, which are faster and doesn’t increase your API traffic in Dynamics CRM or your number of executed Workato tasks.

Secure and personalize your APIs with custom domains